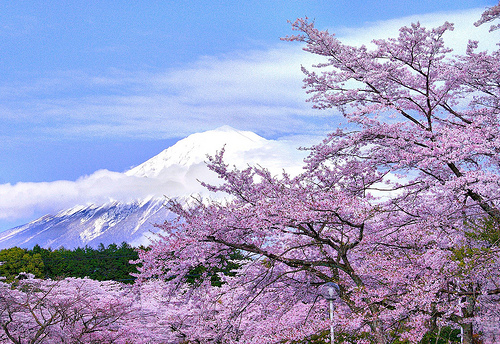 After the World War II, Japan was devastated on the two most crucial fronts that made it one of the major world powers – economic and military. There was widespread poverty, disdain and depression among her people. However, this bleak period did not last long. In fact, within just five years of its destruction another war came as a boon – the Korean War. Japan suddenly found itself in the vantage position to manufacture arms and ammunitions for the United States and the United Nations for the war.

Ironically, this allowed Japan to move out of war economy to “civilian economy” (if it can be termed as such) with focus on consumer electronics, infrastructure and automobiles. It did not take long for Japan to overtake countries like the United Kingdom and emerge as the world’s second-most powerful economy after the United States, which started manufacturing refrigerators and airconditioners for its masses much before other countries did.

What then made Japan – a tiny war-ravaged island nation – so successful without having natural resources of its own? The answer can perhaps be found in the inherent qualities of the Japanese people, prominent of which are: ingenuity, hardworking and highly disciplined. Of the three qualities mentioned, the last is the one that makes the Japanese stand head and shoulders above people of other nations of the world with perhaps the exception of Korea, which Japan ruled from 1910 until it was defeated in the World War II.

While it is common to find people in other countries availing every excuse not to work, the Japanese on the contrary find excuses to be at work. This actually became a problem that prompted Japanese corporations to actually give bonuses and other incentives to people who took leaves!

[Some interesting facts and details about Japanese companies and their relationship with their employees here. Though slightly unrelated, you may also want to read Diversity management and the effects on employees’ organizational commitment: Evidence from Japan and Korea by Emiko Magoshi and Eunmi Chang from Journal of World Business here (pdf).]

The dictum of their culture is also an overbearing factor on how a Japanese lives his life, behaves within his society.

The bonuses of having a disciplined society were in full view of the world recently when the earthquake and tsunami hit Japan last month. Although, Japan was perhaps the best prepared of all the nations for exactly the kind of catastrophe they confronted with, it was still not enough to save the lives of the thousands of people who perished. The radiation leakages in their nuclear power plants only multiplied their woes. It was an attack from every flank, including from within.

Yet, the Japanese held on marvelously by keeping things simple. That they did by understanding that everyone’s needs were as urgent as theirs. Even though there were acute water and food shortages, people stood patiently in long queues for hours and hours for their turn to come where these things were available. There was no rushing, no rioting, no chaos. You could also say there was complete discipline even in the middle of complete chaos around.

It did not stop at that. Even the Yakuza gangs patrolled their areas to prevent people from looting and came to the aid of their fellow subjects in distress by distributing relief supplies to the affected people.

These are the qualities that will make Japan come out of the current disaster even more strongly. Perhaps, this will turn the Japanese economy upwards, which is currently termed as to be in eternal recession, because a lot has to be rebuilt, replanned, redesigned, and relocated.

Contrast us Indians to them Japanese. That would be another post some other day. But for now, let us pay tribute to Japan and her people, and learn the importance of discipline in nation building.