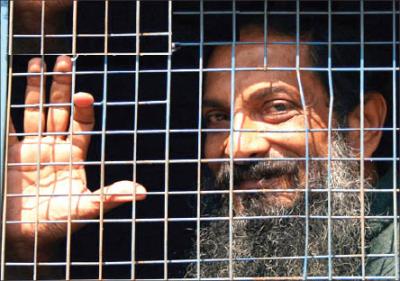 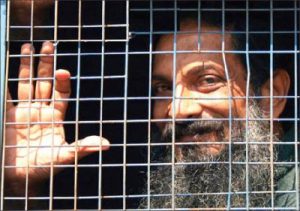 A lot has been written, discussed and debated on the conviction and the subsequent sentencing to life imprisonment of Dr Binayak Sen on charges of sedition. The case got such attention that vigils and protests were held [YouTube] demanding his release even in many Western countries. Nobel laureates, Amnesty International, left-liberal jholawallahs and India’s notorious cabal of P-sec media joined hands to decry the case against him and the trial as farce and politically motivated.

Whenever the case has been discussed, people have taken extreme sides – for or against Dr Binayak Sen. Emotions ran high and nuances of the case got distorted. India’s extreme far-right Hindutva groups had an additional incentive to go against Sen for he is also seen as a Christian evangelist on a mission to convert the poor tribals of the Chhattisgarh area and/or carry out a political agenda against the ruling NDA state governments in the region by helping the Maoist insurgents.

Those who called for his release based their arguments on the shoddy evidences the Chattisgarh Police presented like an unsigned letter linking him to the banned Communist Party of India (Maoist).

Note: The letter was just one of the many exhibits presented as evidence to prove Dr Sen’s association with the Maoists, which was later withdrawn [sic.]

It is pointless to discuss the case itself point by point as it has been done many times on the internet, on TV and elsewhere. The judgment is out [English] and anyone can access it [PDF and in Hindi] and Dr Sen’s lawyers have the constitutional right to appeal against his conviction in a higher court, which I believe they have already done in the Chattisgarh High Court. The only matter that should really be debated is whether some leniency be shown in the case of Sen.

Dr Binayak Sen, an award winning doctor and a social worker made many friends in his life in the Chattisgarh region. Some of them went on to became Maoist insurgent leaders who are waging a bloody armed insurgency against the country. Here, one must understand that it is not an ideological war as it looks from the surface. It is, but pure banditry and thuggery.

The original ideology that started with the Naxalbari Movement has long being obfuscated with the current ‘movement’ (if it can be termed as such). Maybe, the foot soldiers are still motivated by the romanticism of the ideology, but in reality they are cannon fodders for the leaders who have vested interests in running this bloody war for the control of India’s vast mineral resources in those parts, poppy cultivation, influence voters through terror, etc. Supporting illegal miners, poppy planters, political parties during election time always mean windfalls of cash.

It is no different from the anti-Maoist government supported armed vigilante groups like the brutal Salwa Judum who protect government interests in leasing huge swaths of lands to big mining companies.

Successive governments of these mineral rich states have driven people away from their traditional forest lands often leading to violence. The state came upon them heavy-handedly, picked up vocal members from the tribal communities, tortured and sometimes killed in fake encounters. There had also been many disappearances.

Dr Sen, while working in those areas must have seen such cases first hand, which might be one of the reasons for arranging shelter for the Maoists on the run. One might give him the benefit of doubt that as a human being, he broke the law for protecting his friend from being killed or tortured, the friend being a brigand notwithstanding.

It can also be argued that a person can meet his prisoner friend any number of times if the government has sanctioned such meetings. After all, Dr Sen did not visit the Maoist bandit Narayan Sanyal illegally. Each of his thirty three visits was sanctioned by the administration.

However, what about the other charges as evidenced by the findings, the exhibits and the witness leading to his conviction on charges of sedition? You may keep banned literature for your own study and research as journalists do, but you do not simply keep Maoist propaganda pamphlets, operational plans and other incriminating documents in your house. You also do not act as a conduit passing operational plans.

We must also take into account of the fact that if Dr Sen was a welfare messiah of the tribals, the Maoists (with their proclaimed pro-tribal ideology) would like to distance themselves from him because that could harm his noble mission. On the contrary, the Maoists themselves have not denied his association with them. His name appears several times in Maoist releases. Even the Maoist press release following Dr Sen’s conviction supports him. Rupantar, the well-known Maoist organization in Raipur, is run by Binayak Sen’s wife Ilina Sen and his name finds place as the ‘project director’ of the organization.

There is no doubt that Dr Binayak Sen has done tremendous work for the welfare of tribals and fought for their rights. His decades of service towards this noble cause has been widely recognized and awarded as well. This, however, is a completely separate matter that must not be mixed with his anti-national and criminal activities with armed insurgents, bandits and thugs who are challenging the Indian state.

He had full knowledge of what he had been doing. He knew that whatever he was doing was illegal, but somehow hoped that the various pseudo-civil liberties groups (some of which he was/is associated with like the PUCL) have enough clout to bail him out of trouble if ever he gets into one. After all, the jholawallah gangs in the cities find it fashionable to do mombatti marches, their voices enabled by default to resonate in the P-Sec TV news channels.

Alas! He missed a small detail though. The judiciary in India is independent. Corruption cases against some judges notwithstanding, it is the most respected and trustworthy institution in our nation, far more credible than any government of the day. Dr Binayak Sen too should have faith in the judiciary if he believes he is innocent of doing something that the law mandates as seditious. Evidence against him will be studied again in the Chhattisgarh High Court, and the case may end up in the Supreme Court as well; but for now, he stands as a convicted criminal serving life imprisonment. Having observed that, even if he is guilty, and there is insufficient proof, a human rights respecting true democracy cannot punish a man.

If someone thinks a little, leniency can be shown in this particular case given his age and record of the commendable work he had done in his life for tribal welfare and their rights. For this he must first do the following things:

Those who really care about him should also convince him to do the above if they really want to see him free any time soon. The nation is always bigger than personal pride. And, such a step would soften the heart of the die-hard opponents too.

In any case, he will never die a martyr in jail because he is no prisoner of conscience.