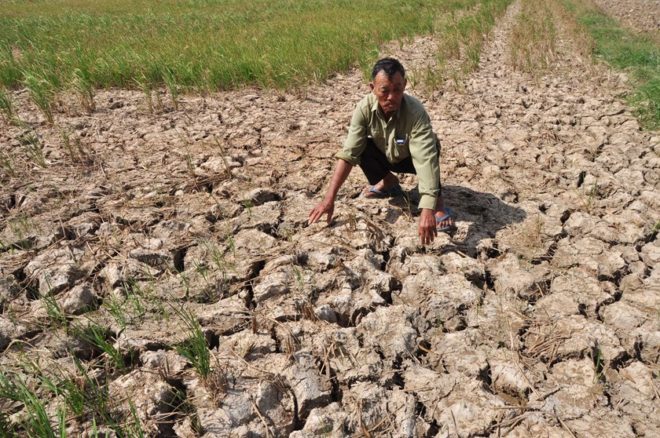 Asia, the world’s largest continent and home to almost 60 per cent of its population, is endowed with many of the largest and longest rivers on the planet. In fact, the abundance of fresh water from dozens of large rivers makes the Asian plains highly fertile and enables them to support large populations.

However, the situation is changing rapidly.

In the second-half of the 20th century, the continent witnessed rapid industrialization and an exponential growth in population. The pressure on water resources started mounting. Demand for huge quantities of water for intensive agriculture to feed the population and run industries began to rise. Then, the migration of hundreds of millions of people towards cities for a better livelihood provided by the industrial and infrastructural development compounded the stress on water resources. This resulted in severe depletion of groundwater in and around urban centres.

The UN World Water Development Report 2015 [pdf] revealed that India, China, Nepal, Bangladesh, and Pakistan alone account for nearly half of the world’s total groundwater use. Overuse of groundwater in coastal regions has resulted in seawater replacing fresh water in aquifers and permanently killing groundwater sources.

Rivers, constantly dammed upstream for power generation and canalled for agriculture, lost volume as people started drawing more water from them than ever before. On top of this, industries and rising populations in riverside urban centres polluted the rivers, making their water unusable downstream.

To make things worse, climate change has started to have a calamitous effect on glaciers and lakes, where rivers originate.

All these factors present a grim scenario for the continent in the coming days. A study by MIT scientists in 2016 found that by 2050, economic and population growth coupled with climate change could lead to serious water shortages across a large part of Asia. Suddenly, Asia is staring at a water crisis it never thought was possible until just 30 years ago.

Already, many large Asian cities from Teheran to Jakarta, which had ample water before, are witnessing long queues in front of water suppliers and public taps for fresh water. This has resulted in intercommunity tensions over water sharing and has given rise to “water mafias”. Many cities have started rationing water, with some charging a steep price for it. On the other hand, riparian communities that made a living out of the rivers, like fishing, farming on river marshlands, drawing river water through short canals for agriculture, etc, suddenly find their source of livelihood depleted.

The growing scarcity of water is making urban and rural communities across Asia angry. With governments struggling to provide their rising populations and industries with adequate fresh water and electricity and optimally use inland waterways for public and trade navigation due to depleting river volumes, water has become a serious political issue in many countries. This includes both intranational and international tensions over river waters.

International water disputes tend to be complex and assume geostrategic dimensions. They fuel tension and animosity between countries.

As a result, downstream countries, especially those with political, territorial or other disputes with upstream countries, are now even accusing them of weaponizing water for asserting their regional hegemony.

Although there are water disputes between some Asian countries over transboundary rivers, like the one between India and Bangladesh and the one in Central Asia, the centre of major disputes is China, which controls most of the continent’s transboundary rivers today. It gained control of these rivers after annexing Tibet in 1950 and Xinjiang in 1949. Tibet is the source of big and important transboundary rivers like Mekong – the lifeline of Cambodia, Laos, Thailand, and Vietnam – and Brahmaputra – the lifeline of northeast India and Bangladesh. Xinjiang is the source of the Irtysh and Ili rivers, which flow to Kazakhstan and Russia. Apart from this, many arterial tributaries and secondary tributaries of these rivers originate from or flow through these Chinese-annexed territories.

China underwent rapid industrial development from the late 1970s, which saw it overtaking Japan as the world’s second-largest economy. To meet its economic and domestic political ambitions, it needed water – and plenty of it. It drew water from Tibetan rivers and dammed them recklessly for decades, triggering a crisis in the downstream countries. The situation is worsening today.

With an astounding 87,000 dams, China has more large dams than any other country in the world today and it is building more of them. To complicate matters, China has territorial disputes with as many as 23 countries, although it shares land boundaries with 14. It has no water-sharing pact with any country. It has rejected the UN Convention on Non-Navigable Use of International Watercourses [pdf] and asserts absolute sovereignty over the waters on the territories it controls. It claims the right to use the rivers, including damming and diverting them, irrespective of the effects on downstream countries.

Some of the most notable water disputes involving China are:

This is, on paper, a dispute between the Southeast Asian countries that share the Mekong river basin. The affected parties in this are Cambodia, Laos, Thailand, and Vietnam. The upstream countries, China and Myanmar, being “indirectly relevant”. This was the basis of the Mekong Committee, which was formed in 1957 to address the issues and concerns regarding sharing and using the Mekong river. The Mekong Committee went through some transformations over the decades and now has taken the shape of the Mekong River Commission (MRC).

The drought in the Mekong basin in 2016 only exacerbated the dispute between the four directly affected nations. Although China blamed El Nino for the drought in the Mekong delta, Vietnamese officials also blamed upstream hydroelectric dams. China did release some water then from one of its dams to “alleviate” the drought situation downstream, but that was a mere eyewash. After all, China has seven megadams on the Mekong river and plans to build 21 more. So far, the MRC’s failure to pose a united challenge to China has given Beijing a freehand to abuse the great river without caring about how it would affect the downstream countries. China continues to refuse to become a full member of the commission for the obvious reason of getting entangled in some obligations.

The Brahmaputra river in India is called Yarlung Tsangpo in Tibet, where it originates. From India, the river flows into Bangladesh, where it branches out and merges with other rivers before emptying into the sea.

In 2000, tension started brewing between India and China – two Asian giants with a long and outstanding border dispute – when a dam burst in Tibet triggered flash floods in India’s northeast. It caused widespread damage and resulted in the deaths of about 40 people. India accused China of not sharing the upstream hydrological data of the river, which would have helped New Delhi anticipate the floods and take measures to manage the situation.

Although the two countries later managed to sign a memorandum of understanding that required China to share hydrological data with India, Beijing has not been consistent in keeping its part of the deal. After the recent furore in India over the unexpectedly heavy floods in the northeast, China said it couldn’t provide data because it was upgrading the data-collecting centre in Tibet. And there is a reason behind it.

China is building dams and plans to divert water from the river in Tibet. Whenever India raised concerns over China’s dams in Tibet, China tried to play them down [1, 2]. However, India has serious reasons to be worried about Chinese activities on the Tsangpo-Brahmaputra. Some of these reasons are of great concern to Bangladesh as well.

Kazakhstan, one of the world’s most water-stressed countries, is staring at a major water crisis as China’s activities in Xinjiang province are jeopardizing two of its key rivers – the Ili and the Irtysh.

The Ili flows from Xinjiang into Kazakhstan providing water for agriculture along its route before terminating into the Balkhash lake. However, the farmlands along the Ili are now threatened [pdf] as China is drawing a huge amount of water from it not just for its people, but for its rapidly growing number of industrial projects, which in turn are dumping large amounts of pollutants into the river. Besides, the Balkhash lake, 80 per cent of whose water comes from the river, is now losing water at an unprecedented rate. Environmentalists say China’s reckless drawing of water from the Ili threatens to turn the lake into a deadly dry region like the Aral Sea.

China’s abuse is also threatening the Irtysh river, which is another major source of water for Kazakhstan. The river originates in the Altay mountains in Xinjiang and passes through the Central Asian country before flowing into Russia, where it merges with other rivers to form the Ob river. The Irtysh provides drinking water to Astana – the capital of Kazakhstan. Reckless Chinese projects are polluting the river with toxic chemicals and other harmful effluents. Apart from polluting the Irtysh, China has built a canal to draw water from it for the growing oil township of Karamay in Xinjiang, which has further compounded Kazakhstan’s water woes.

Experts say China is cooperating with Kazakhstan on water sharing because of Beijing’s high stake in the OBOR project, which runs through the Central Asian country. However, Beijing seems to be in no hurry. It knows that Kazakhstan will lose its ability to play hardball as the burden of debt from China for economic and developmental activities increases.

The key to quench the rising thirst in Asia today lies in how the downstream countries manage and use their domestic water resources. However, more importantly, it depends on how they tackle China’s hegemony over the continent’s water tap. As tempers run high from Astana to Hanoi, the stakes are extremely high for a fair share of the most precious natural resource on the planet.